3 Things I Learned Through International Travel

by Emma Salter on April 17, 2018 in Communications 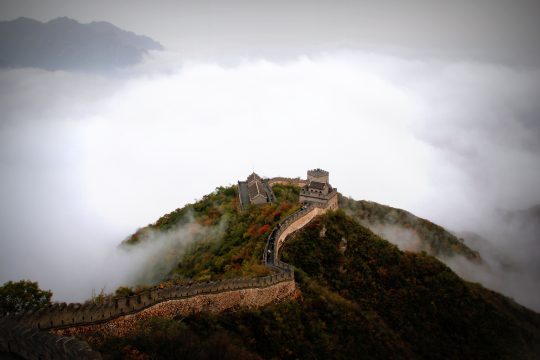 International travel is an exhilarating, nerve-racking, and life-changing experience. With a dizzying array of different foods, languages, cultural norms, and time zones, an immersion in a foreign country can present opportunities and learning experiences you may not have thought possible.

Through the China-United States Exchange Foundation, I had the amazing chance to travel with fellow journalism and communications graduate students from across the country to China for two weeks. In what turned out to be the trip of a lifetime, I came home with a full suitcase, some new perspectives, and a few key lessons about the benefits of travel abroad.

The importance of media

Because I had the privilege of traveling with a talented group of journalists, I was privy to a number of valuable conversations about the role of media not only in the United States, but even moreso in the international context. There is no question that our media has been under increased scrutiny, and yet, our mainstream media is still strong, subscriptions have surged, and the MSM has only grown more important at home and abroad.

While in China, I spoke with American and Australian journalists in international bureaus, as well as Chinese journalists working for state-owned publications like China Daily. We heard from foreign journalists that grapple with reporting truths and telling the stories of regular Chinese people. The media in China is under intense scrutiny and are constantly aware that stories may be blocked, or a news segment could be blacked out mid-sentence. While foreign journalists openly discussed the glaring censorship they face on a daily basis in China, it was eerie to hear numerous Chinese journalists say they did not at all feel they were censored.

It is clear from the western perspective that there is overarching governmental censorship that has a hand in content creation and publication in China. Hearing from journalists reporting in China was eye-opening, and my confidence in and reliance upon a free press has never been more resolute.

Due to an intensely restricted internet nicknamed the “Great Firewall,” many websites are inaccessible in China. This includes news websites such as the New York Times, the Washington Post, and CNN, but also Facebook, Twitter, Instagram, and Snapchat. Foreign travelers to China are well aware of “virtual private networks,” or VPNs, that allow users to access sites that would otherwise be blocked. But I was also interested to learn that many Chinese utilize VPNs to access myriad Western sites and content, and quite a few I spoke to loved their Instagram accounts.

There are also some sanctioned Chinese social media platforms that are very prevalent, however. I learned about “Chinese Twitter,” called Weibo, which actually has more users in China alone than Twitter does globally. Perhaps the most common platform, however, is WeChat, a one-stop shop that has an impressive amount of capabilities. WeChat is so ingrained in daily Chinese life that virtually everyone I encountered in China was an active user, and it is starting to spread internationally.

Interacting with these social platforms was a good reminder that though the social media American PR pros interact with daily is global, there are other opportunities and social strategies internationally.

International communication can foster an understanding of our differences – and similarities

Though my colleagues and I grappled with complex issues such as censorship, tense geopolitics, and human rights violations in China, I placed a high value on talking about these issues with actual Chinese people, instead of reading secondhand accounts and relying on common Western perceptions. This was one of the most valuable aspects of my trip; not only did I get to see a beautiful and ancient country with my own eyes, but I was also able to get a better grasp on the Chinese perspective in their own words. In addition, I was able to share in the commonalities of the student experience with Chinese peers at Xi’an University – despite living across the globe, we all understood the stressors of school, shared our Instagram handles, and even bonded over the show Friends.

For these reasons and so much more, I highly recommend making international travel a priority, should you ever have the chance. Perhaps even make it your next vacation and enjoy the many memories, experiences, and benefits you will enjoy. 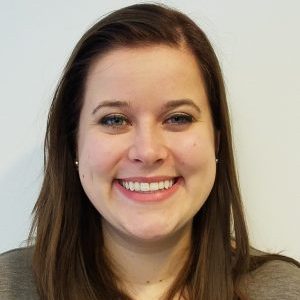 The Bicycle Connection: Focus on the Top

I ride my bike to work as often as the weather, my schedule, and daylight will allow. After Daylight Savings Time this spring, I found my first opportunity since Thanksgiving to ride the 10 miles from my home in Virginia to The Reis Group’s office in Washington’s Dupont Circle. The ride home is particularly challenging. …