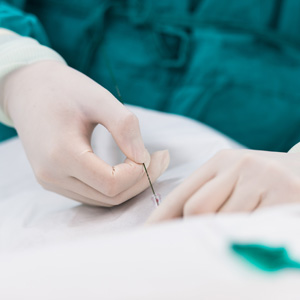 Most women experience uterine fibroids (noncancerous growths of the uterus) by age 50. However, half of women are not familiar with this condition, which can cause abnormal bleeding, pain and pressure, according to a recent survey by the Society of Interventional Radiology.

Few women are aware of the treatment options. Twenty percent believe a hysterectomy is the only way to treat fibroids. There are many treatments are available with similar effectiveness and fewer risk of complications than a hysterectomy, which surgically removes a woman’s uterus.

Even women diagnosed with fibroids demonstrate striking gaps in awareness of treatment options. Forty-four percent of these women report that they have never heard of uterine fibroid embolization (UFE), a minimally invasive treatment for uterine fibroids that is less painful, preserves the uterus and allows women to get back to their lives sooner than surgical options.

The Reis Group worked alongside the Society of Interventional Radiology (SIR) to develop a campaign to raise the visibility of uterine fibroids as a serious women’s health issue, as well as increase awareness of UFE, as a minimally invasive treatment option.

Our team developed a compelling and targeted social media strategy that reached women who have an interest in health and wellbeing on the platforms where they consume health information. Our tactics included:

The campaign generated over 280,000 social media impressions and 7,000 engagements during the first four weeks.